Incorporated as a village in 1837, White Pigeon is the oldest incorporated village in the state and was an outpost of civilization when much of the rest of the area was undeveloped wilderness. In 1828 the county’s first hotel opened its doors in White Pigeon and, in another county first, a stagecoach operated on Chicago Road in 1831 and 1832 traveling between Tecumseh, White Pigeon and Niles.

The town was named after Potawatomi Indian Chief Wahbememe, whose name means White Pigeon. Legend says that while at a gathering of chiefs in Detroit, Wahbememe heard plans to attack the settlement. A friend to the settlers, the chief ran almost 150 miles to the settlement to warn them. After running that long distance he collapsed and soon died from exhaustion. His remains are buried in town, and the site is part of the National Register of Historic Places. 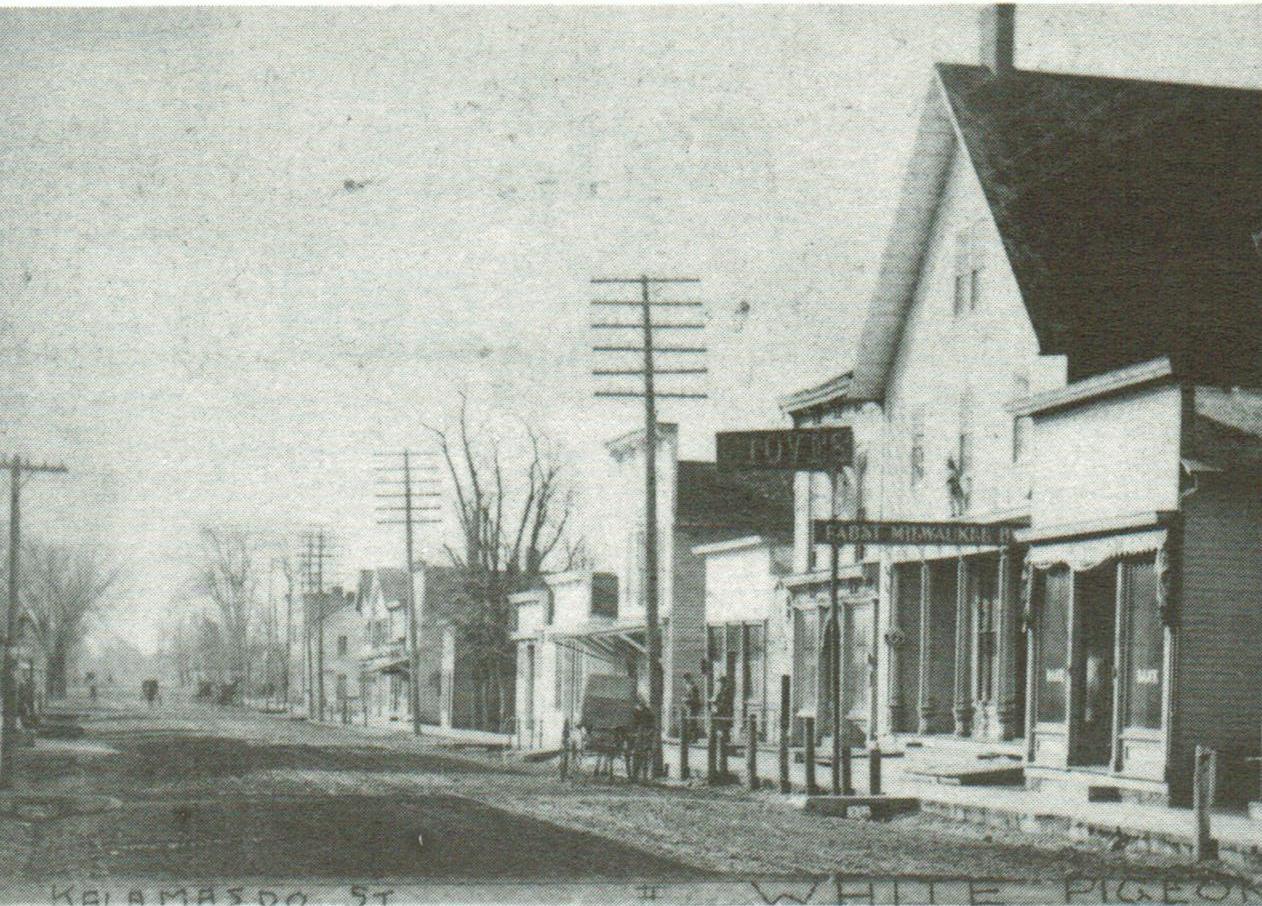 Downtown White Pigeon is home to the United States Land Office – the oldest surviving U.S. Land office in the state. Between 1830 and 1834, settlers could purchase Michigan land out of the office for $1.25 an acre.